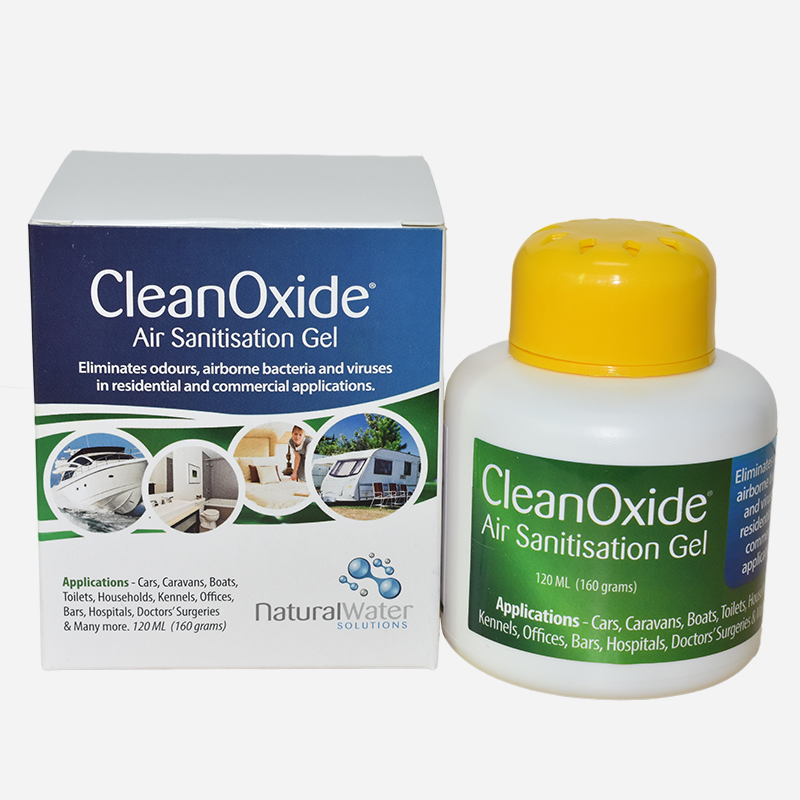 Unlike most conventional Odour treatments that merely mask bad smells our CleanOxide® Gel actually has the ability to kill the source of the problem. The Chlorine Dioxide that is released from the Gel works by destroying part of the odour molecule, stripping it of its odour potential. It is the oxygen ions that are doing the work, killing the airborne bacteria, mould or viruses and safely eliminating odour.